I recently posted about GoFormative on Edmodo and had a fellow educator point out that she does not use Formative because of the lack of usability when using Tablets. She specifically mentioned:

“I’ve tried to use GoFormative few years ago. However, they did not support Android tablets very well. So I could not use it in my class. I would like to use it if they can provide better support for Android users.”

I am in a Chromebook district so I’ve never encountered this problem, or even know if this is an issue. I searched for “tablet” in this community and nothing came up, so I am wondering if any of you have experience with using Formative with Tablets and if so, whether you have encountered any limitations.
Also looking for advice I can give her.

I am pretty sure that I have used it on an Ipad and that it was fine. I will try again and let you know if it doesn’t work, but I would say Ipad is good!

We use Chromebooks, which also use Android apps, so at first, I was confused, but I’m guessing that the browser app on their tablets wasn’t ‘reading’ GoFo correctly… OR they couldn’t get logged in using the Formative App.

Last year, @craigfromformative helped build an Lock-down App for GoFormative so it could be used for secure testing, but it had a glitch (which I’m not sure has been fixed yet.) The glitch was that you couldn’t sign in with Google (because the google sign-in URL was not white-listed as an approved site. The workaround was that teachers needed to ‘reset’ student’s passwords in GoFo so that it would manually logging-in possible. The reset would NOT overwrite Google passwords, but rather allow a second password to be used. Perhaps this app would allow the tablet users to access Formative.

NOTE: I was given an extra class to teach last year and therefore didn’t have time to reset all my students’ passwords. Therefore, I did not have my students use the app for testing purposes. We went via the website only.

@mgarcia thanks for starting this thread! Hopefully we’ve come a long way in the last few years. I know in the past we’ve had some issues with older iPads but our development team has worked hard to keep them supported. Tech does reach an end of life (ie, Internet Explorer which is not compatible with our site anymore) but we really do try to balance newer technology used on our backend and compatibility with older devices that are no longer updatable. Schools don’t have always the funding for the latest tech or students/teachers may be using their own device.

I, myself, use an Android phone and we’re aware of certain annoyances/limitations there but its still usable. I just checked over our reported tickets and it seems for a lot of the Android mobile fixes, we’re dependent upon other technology for a fix so we can fix (without getting too technical here).

I wonder how similar Android tablets and phones are. I will definitely do some testing myself and ask my colleagues.

If anyone has noticed issues with any device–please feel free to reach out to us via the in-app chat, support@goformative.com, PM me or even reply to this thread. Usually I’d ask for support type stuff to be kept separate but I feel this is really appropriate and important to discuss together and keep other’s aware.

Info we need:
-Device model
-Device software version (can be found under settings)
-To know if device needs any updates
-Browsers used/tried
-Description of the issue

I created an FAQ page that contains a list of sites that need to be whitelisted for Formative as that can be another issue.

A lot has changed on Formative in the last year, let alone the last few years. I think she should consider giving it another try. I know that I have been known to change my mind about a tool after updates, etc. have been done! Some I won’t even consider trying again, and then I try it years later, and end up loving it!

I tried GoFormative on my iPad, looks good!

I have used Goformative on my own Samsung tab a 10.1 and it seems to work just fine, the only issue seems to be the pics that i put in only show up on the computer version but not the tablet version.

Good to know. Thank you

I use it on an iPad and have issues with scrolling in the formatives list, but I have marked improvements in the editor when using my iPad. Unfortunately I don’t have android tablets to test from. Sorry!

Thank you for the input.

Has anyone been able to use it on a Kindle Fire? I am writing a grant for tablets and Kindle Fire Tablets are the more affordable. I am getting the tablets to specifically make using Formative attainable in my class.

Have not tried as I dont have a fire, but being on an Android system, I dont see why it wouldn’t work

Does this exist? I cannot find it in the app store.

We do offer a kiosk mode for Chromebooks. It’s an add-on available to our partner schools. 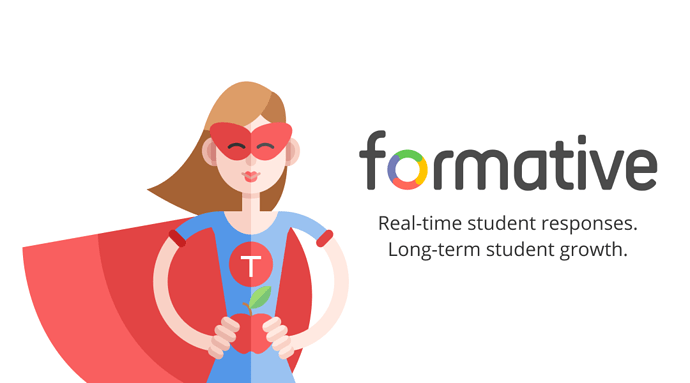 FAQ about how to get started, free vs Partner plans, technical information, and more!

I tried the Kiosk when it was first released. It worked, but only if the kids remembered their username and password. Logging in with Google didn’t work since the URL used to authenticate the login wasn’t white-listed at the time. Not sure if this has been corrected yet. I haven’t tried it since then… maybe I’ll have some time over the new few weeks.

This is cool. I m hope it’s will helpful